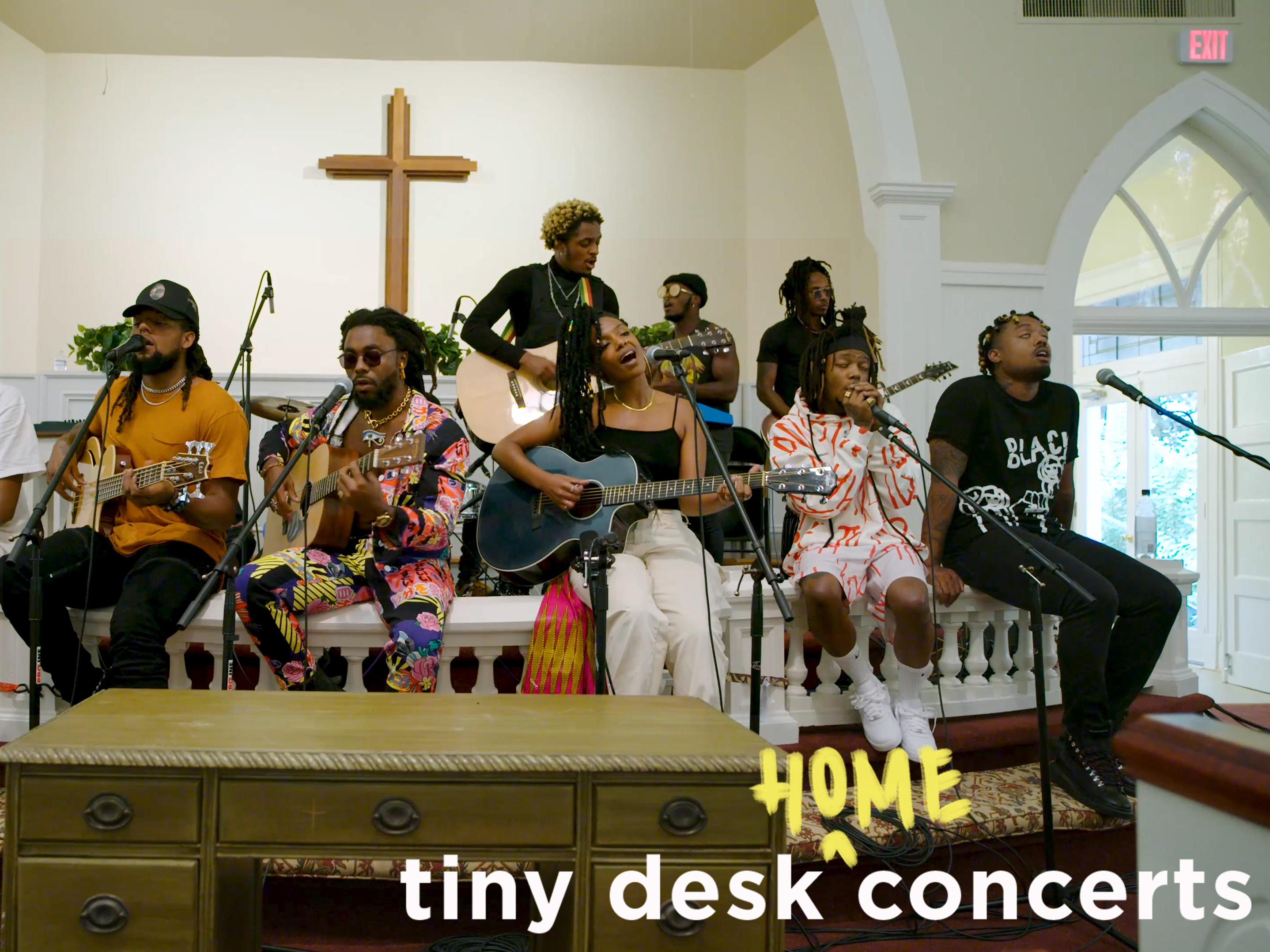 The Tiny Desk is working from home for the foreseeable future. Introducing NPR Music's Tiny Desk (home) concerts, bringing you performances from across the country and the world. It's the same spirit — stripped-down sets, an intimate setting — just a different space.

The setlist for Spillage Village's Tiny Desk (home) concert reminds me of the bouts of pessimism and jolts of optimism I've had of late. Opening with the dreary, apocalyptic "End of Daze," leaping into titles like "Hapi" and "Jupiter," feels all too applicable in 2020.

The Atlanta collective consists of Dreamville records standouts J.I.D and EARTHGANG along with Jurdan Bryant, Hollywood JB, Benji and Tiny Desk alumnus Mereba. R&B star 6lack, also a member of the group, was unable to make it to the shoot due to travel restrictions. Spillage Village began working on its latest album, Spilligion, in direct response to the unpredictable chaos the world has faced since March. J.I.D told Rolling Stone that he originally rented a house to begin recording his third solo album with collaborations, but that the heavy topics of the pandemic and social justice led to music that was bigger than any one artist.

The underlying theme throughout Spilligion is spirituality, so when they floated the idea of filming in a church I knew that if they couldn't perform behind the desk, this was the perfect alternative. 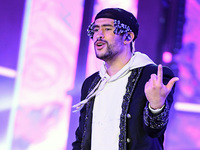 The Puerto Rican star seems to have dug into the archives of his birth decade, the '90s, for sonic inspiration on his new album.

New releases from musicians are a bright reminder that they will sing and play and record their music even through tough times.

Dinner Party 'Freeze Tag' Is A Reminder Of Life's Fragility

This video, part of our 'We Insist' timeline of 2020's noteworthy protest music, was released Oct. 29.

Elmo Sings! Watch Him Perform 'It Feels Good (When You Sing a Song)'

Watch a duet between Elmo and Hoots the Owl on stage with the Jazz at Lincoln Center Orchestra with Wynton Marsalis. Be careful not to sprain yourself smiling.

They'll Never Keep Us Down is the title of a forthcoming EP from Nashville singer-songwriter Kelsey Waldon, on which she covers protest and empowerment songs.