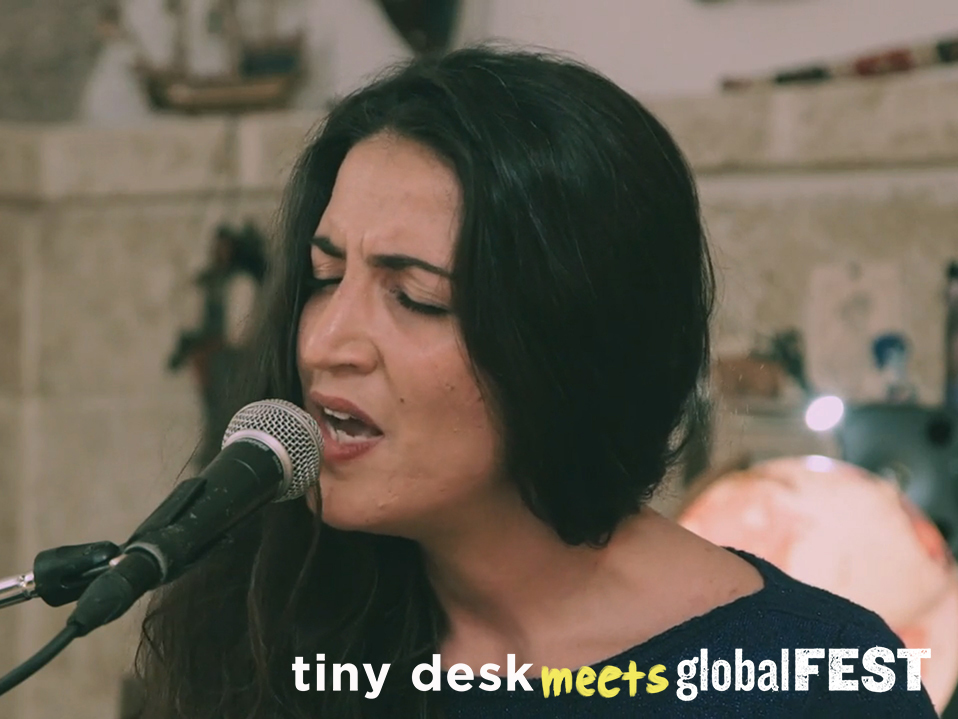 Every January, I attend globalFEST at a New York City nightclub and see some of the most fantastic music I'll experience all year. Now, given the pandemic's challenges and the hardening of international borders, NPR Music and globalFEST moved the 2021 edition from the nightclub to your screen of choice and shared the festival with the world. We called it Tiny Desk Meets globalFEST. We presented 16 artists in intimate settings (often behind desks donning globes), all hosted by African superstar Angélique Kidjo.

Recording from southern Italy, Rachele Andrioli's performance highlights her mix of old and new, of traditional music and modern technology. Her trance vocals and loop pedals create a sound all her own, mixing music from Italian, Indian, Lebanese, Albanian and Romani cultures and traditions. This set took place on the third night of our 2021 festival. --globalFEST

The Black Keys guitarist and vocalist discusses honoring the late Americana artist with Smoke From The Chimney, a nine-song collection to be released in May.

Carnival Was Cancelled, But The Soca Hits Kept Coming

Listen to a playlist of dance music designed to bring Trinidad and Tobago's annual party to your living room.

Alt.Latino Playlist: Taking Us Home And Out Of This World

Nostalgia is the undercurrent of new music released by Bomba Estéreo, Mexican Institute of Sound, Venezonix and Santa Fe Klan.

The release of the band's 10th album, and a world tour in support of it, had to be put on hold thanks to you-know-what. But there's only so long folks can wait before needing some release.

Madlib Heads Back To The Future On 'Sound Ancestors'

For over two decades, Madlib's work has been defined not by any one style, but by the artist's stylistic breadth and tireless output. On a new album, the polymath compiles his artifacts.