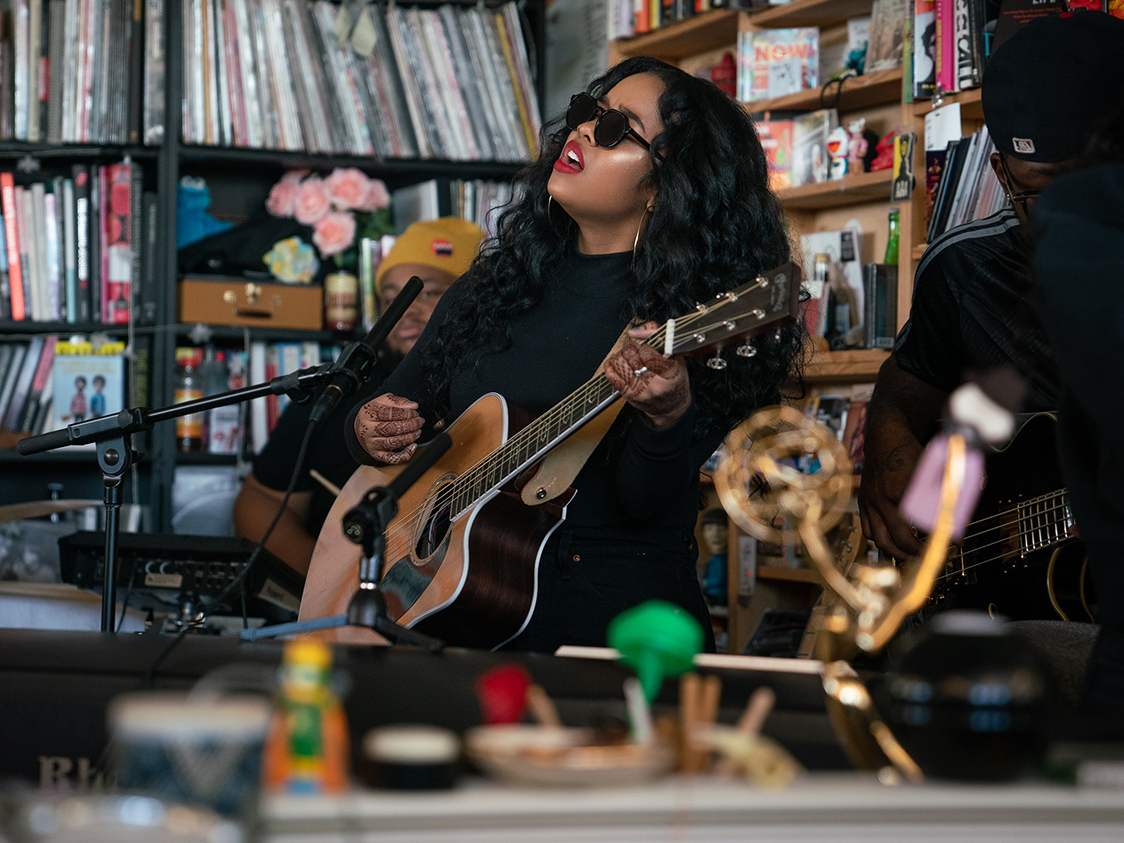 We, too, couldn't help but notice the Tiny Desk-style performances at the Grammys. This year's quarantine-conscious awards ceremony was always going to look different, with a more intimate broadcast and an outdoor, socially-distanced audience. It's also entirely possible that executive producer Ben Winston looked to Later... with Jools Holland's desk-friendly format for inspiration, but we'll take the compliment, intended or not!

The Tiny Desk space — both at the D.C. office and now in our (home) concert series — has been host to several Grammy winners over the last 13 years. Last night's recipients were no different: we've hosted H.E.R., Taylor Swift, Megan Thee Stallion, the Pacifica Quartet, Brittany Howard and Natalia Lafourcade, not to mention legends Chick Corea and John Prine, who both died within the past year.

NPR's Lulu Garcia-Navarro talks with Arooj Aftab about her new album, Vulture Prince, completed after the loss of her brother and threaded through with themes of grief and longing.

At the age of 77, Memphis sacred soul singer Elizabeth King is releasing her first full-length album, Living in the Last Days. She talks about it with NPR's Debbie Elliott.

On Baker's new album, there's no shying away from the tough stuff.

On 'For Every Voice That Never Sang,' Kishi Bashi Is Confident For A Changing World

Kishi Bashi reflects on the Asian American experience and the pain of pursuing acceptance in his Morning Edition Song Project entry, "For Every Voice That Never Sang."

Though these songs may sound like they were inspired by the pandemic, Aaron Lee Tasjan's had an anxious mind since before the lockdown.