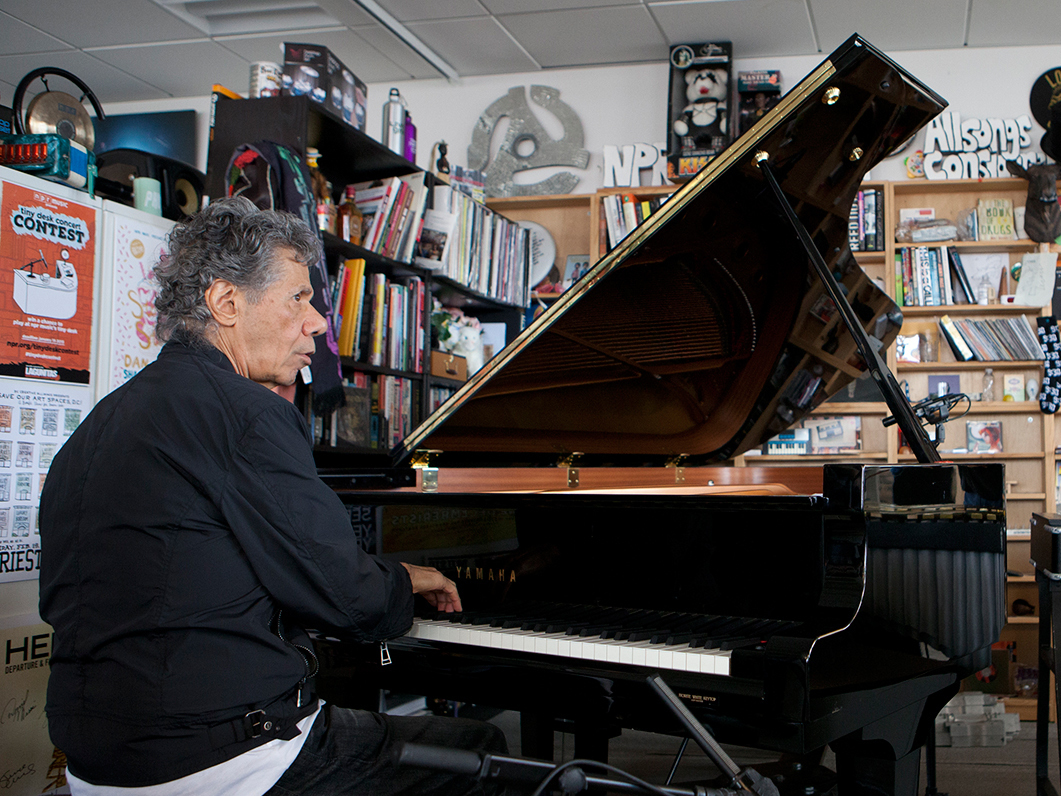 We, too, couldn't help but notice the Tiny Desk-style performances at the Grammys. This year's quarantine-conscious awards ceremony was always going to look different, with a more intimate broadcast and an outdoor, socially-distanced audience. It's also entirely possible that executive producer Ben Winston looked to Later... with Jools Holland's desk-friendly format for inspiration, but we'll take the compliment, intended or not!

The Tiny Desk space — both at the D.C. office and now in our (home) concert series — has been host to several Grammy winners over the last 13 years. Last night's recipients were no different: we've hosted H.E.R., Taylor Swift, Megan Thee Stallion, the Pacifica Quartet, Brittany Howard and Natalia Lafourcade, not to mention legends Chick Corea and John Prine, who both died within the past year.

The co-founder of yMusic and Bon Iver collaborator performs a quarantine concert from Eau Claire, Wisc.

Recorded on a sunny spring day in her Los Angeles backyard, Demi Lovato sings "Tell Me You Love Me" and two songs from Dancing With The Devil...The Art Of Starting Over.

The Americana star performs a Tiny Desk from an empty Mercury Café in Denver.

The genre-disrupting violinist talks about the problem with labeling music and the importance of being a role model for young women.