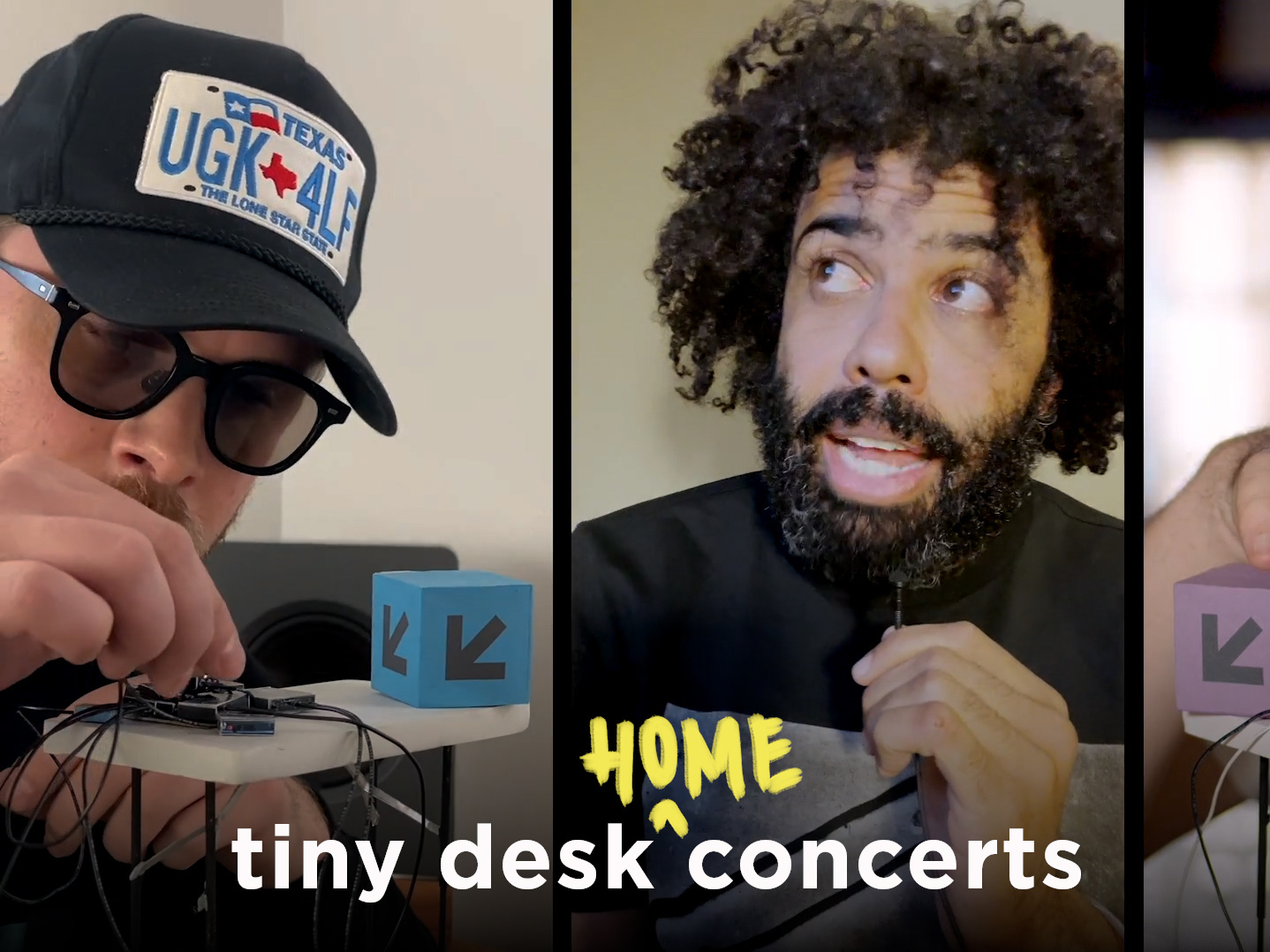 Every year, NPR Music participates in the SXSW music festival, whether it's curating a stage or simply attending hundreds of shows at the annual event in Austin, Texas. Last year, the festival was canceled due to the pandemic, but it returned this March as an online festival. We programmed a 'stage' of Tiny Desk (home) concerts and presented them on the final day of the festival. Now, we present to you Tiny Desk Meets SXSW: four videos filmed in various locations, all of them full of surprises.

Leave it to clipping. to innovate around the central notion of the Tiny Desk; to take the series' emphasis on close-up intimacy and transport it to new heights of, well, tininess.

This is, after all, a band that contains multitudes. Producers William Hutson and Jonathan Snipes craft a bed of hip-hop, industrial music and noisy experimentalism, then set loose rapper Daveed Diggs, whose violent imagery summons '90s horrorcore and a thousand bloody movies. The band's last two album titles — There Existed an Addiction to Blood and Visions of Bodies Being Burned — offer up a sense of the vibe, but Diggs' gift for rapid-fire wordplay also acts as a leavening agent. The guy won a Tony Award for playing Thomas Jefferson and the Marquis de Lafayette in Hamilton, and he still knows how to sell every word that leaves his lips.

So, yeah, multitudes. Plus, in this video, a few surprises to trick your eye and help pull you into a clever and disorienting world of sound.

A class-action settlement will award 277 ticket holders more than $7,000 each, pending a judge's approval in May. The final sum could be reduced depending on ongoing bankruptcy proceedings.

Jon Schaffer pleaded guilty to two charges — obstructing an official proceeding and entering restricted grounds with a dangerous weapon. He has agreed to cooperate fully with investigators.

The musician spent a decade homeless in San Francisco before making records, but left a much longer legacy by bringing his knowledge of bebop and blues, and an innate soulfulness into jazz music.

The Rhymes And Reasons Behind Re-Recording Your Own Classics

Taylor Swift is far from the first to revisit her old catalog for reasons of business as much as art – but even if it's often a managerial decision, the process can't help but be heartfelt.

NPR Music hosted online listening party for the anniversary of Sharon Van Etten's breakthrough album, featuring a live conversation with Van Etten herself along with Shamir.